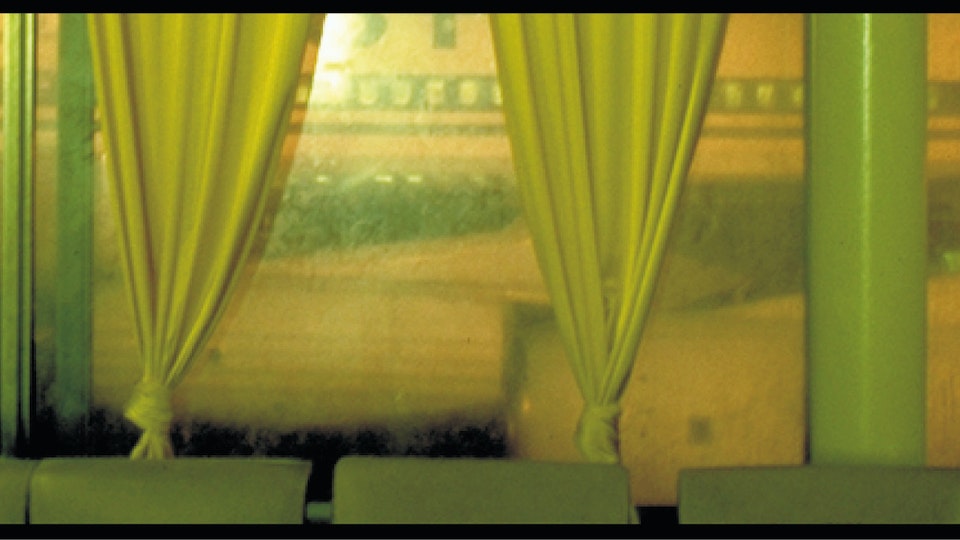 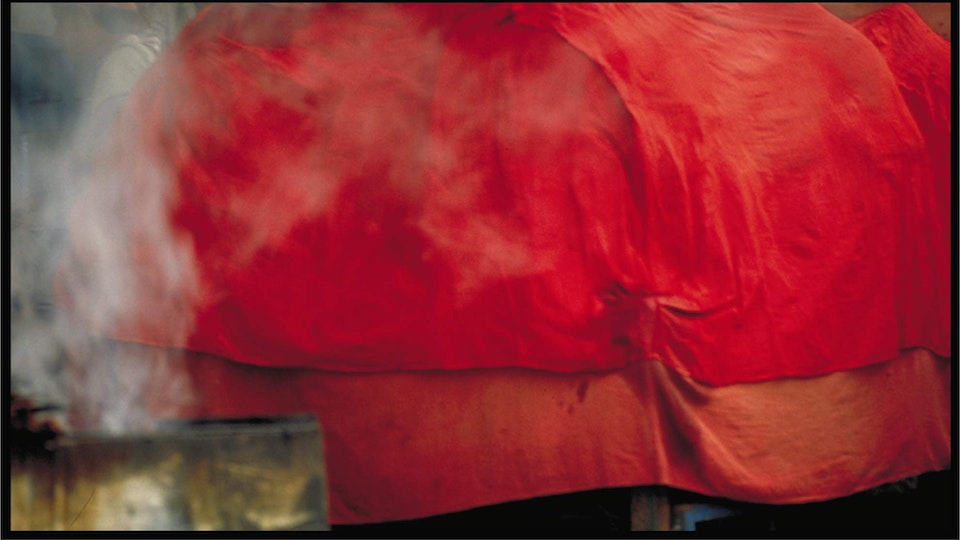 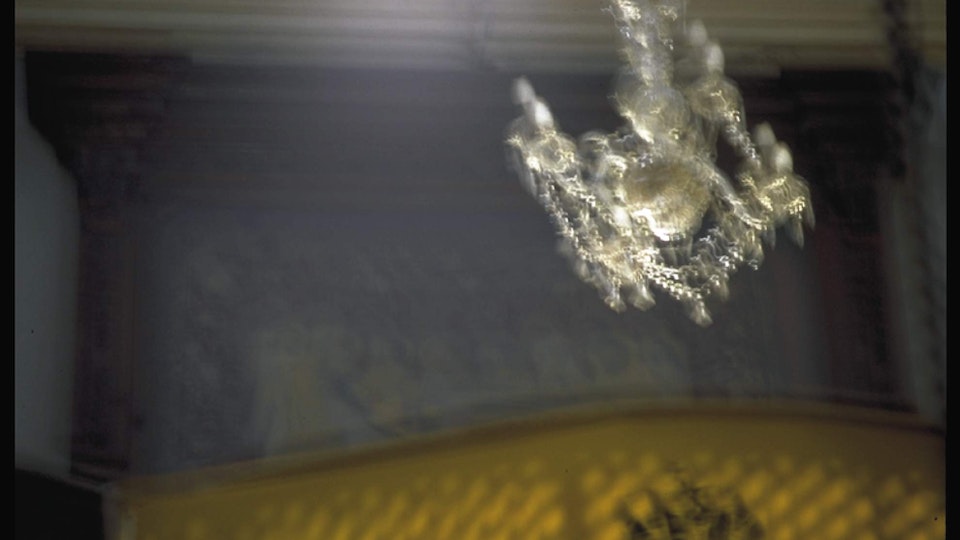 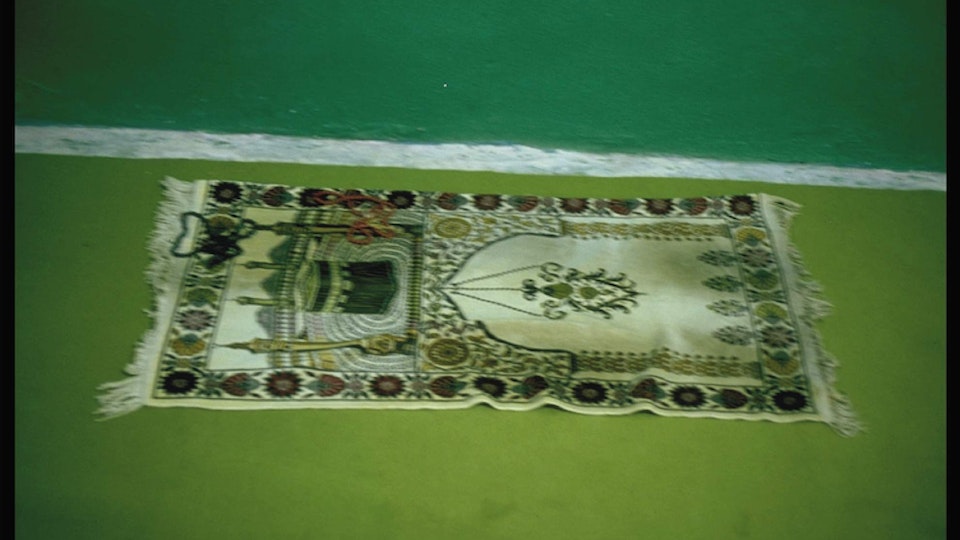 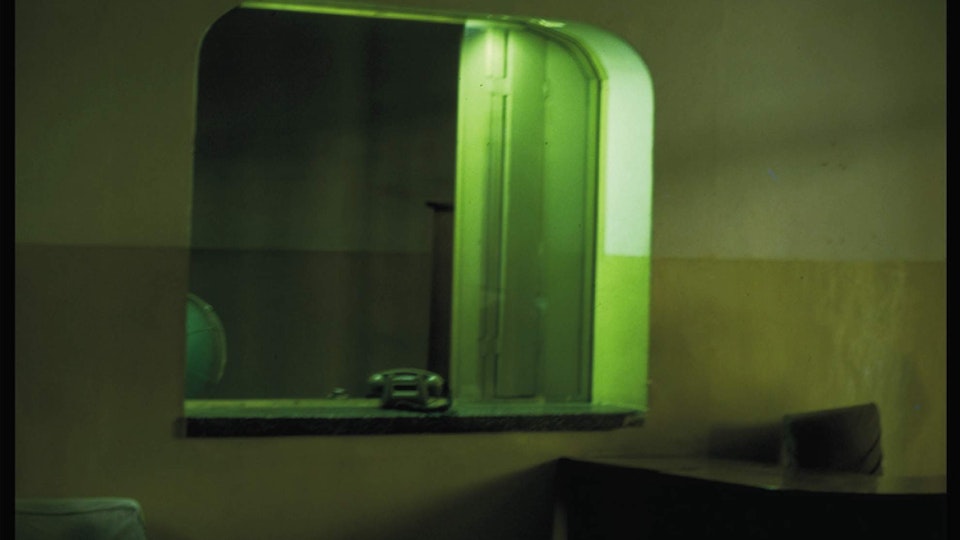 Monologue interieur I+II is the title of a series of photographic works by Marjoleine Boonstra. The series comprises around seventy monumental pictures of deserted public buildings and the objects in them. They are abstract images of interiors decorated by people and include railway waiting rooms, airports, hotels and hospitals or field hospitals. The series was produced in the course of the many research and documentary film-making trips whom I has undertaken since the 1980s inside countries like China, Siberia, Oezbekistan, Kazakhstan, the United States, Somalia, Malawi, Turkey, Mexico and Afghanistan. My films tell a story and focus on individual lives, generally lived amid the harsh reality of war or political dictatorship.

By contrast, Monologue Interieur shows a different reality that exists in isolation from such human hardships. The series reveals the quietness of anonymous places and their strange and forsaken atmosphere. The artist Graigie Horsfield once argued that histories are possible in which art can bear witness to the world. An art of contemplation and quietness - not the quietness of death but the quiet absorption of the focused mind. A loving attention in which the artist reports self-effacingly and without preconceptions on an uncaring world.

The photographs in this series bear that kind of silent witness. At their heart is an extraordinary intimacy but at the same time the gravity of the image is unmistakable. Where they were taken is unimportant. Chairs in a field hospital in Afghanistan, a chandelier in Mexico, a waiting room in Siberia and the carpet in a Turkish mosque exist alongside each other and all represent the same value, both universal and aesthetic. The main aesthetic value of the images lies in their intense colours. I use colour, light and movement in a uniform way, just as a painter imposes a personal style which is more important than the painting's subject. The use of cinematic movement and fragmentation of space also help to divorce the images from reality.

My interest in abstraction and form is also clearly apparent in my films. The narrative in films like Sa Nule (1996) and Bela, Bela, What Keeps Mankind Alive (2001) is repeatedly interrupted by abstract images of an urban or natural landscape dominated by atmospheric phenomena like mist and smoke. Shapes blur, figures dissolve like wraiths, foreground and background become indistinguishable and shots are unlinked from three-dimensional space or a central point of view. The importance of form is emphasised by the use of monochrome and the consequent flatness of the images.

The aesthetic aspect of Marjoleine Boonstra's work provides a clear counterbalance to the harsh reality that is its subject. For example, her latest film, Bela, Bela, shows four poets describing their experiences as political prisoners. Boonstra does not ask them how long they were incarcerated or where. She is interested only in their sensory perceptions at the time: the smells and colours, and the will to survive. She was prompted to make the film by a piece by the Russian poet Irina Ratushinskaya, in which she describes the intense sensation of beauty she experienced during her own imprisonment simply from seeing frost flowers  on a window.