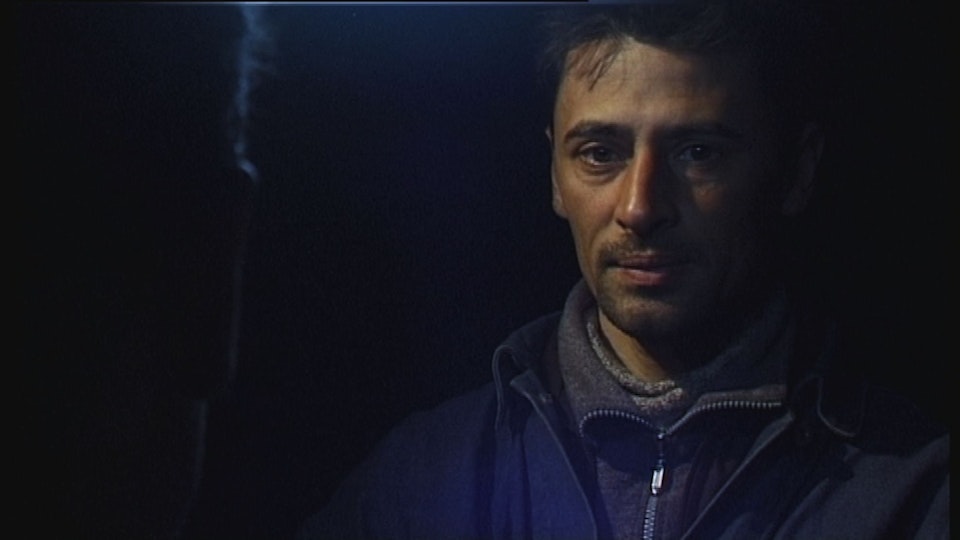 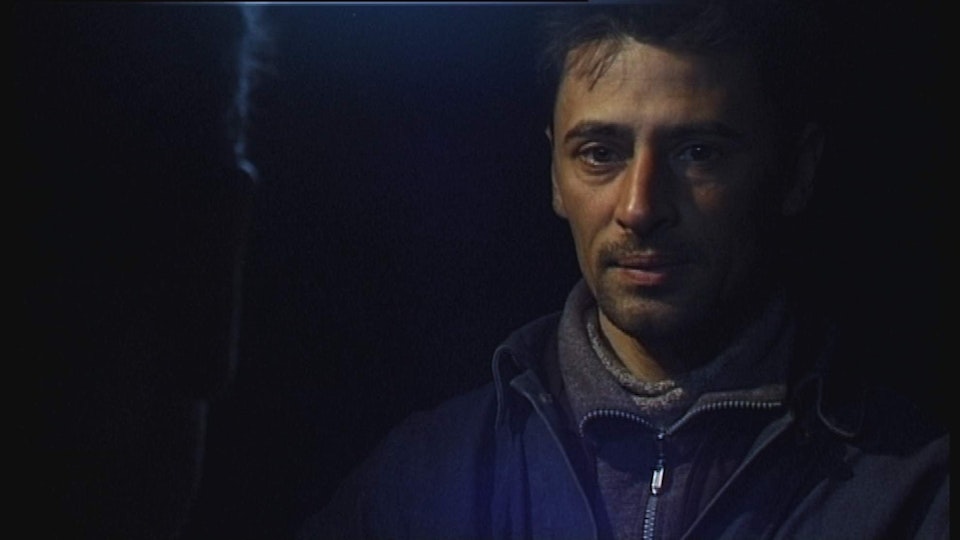 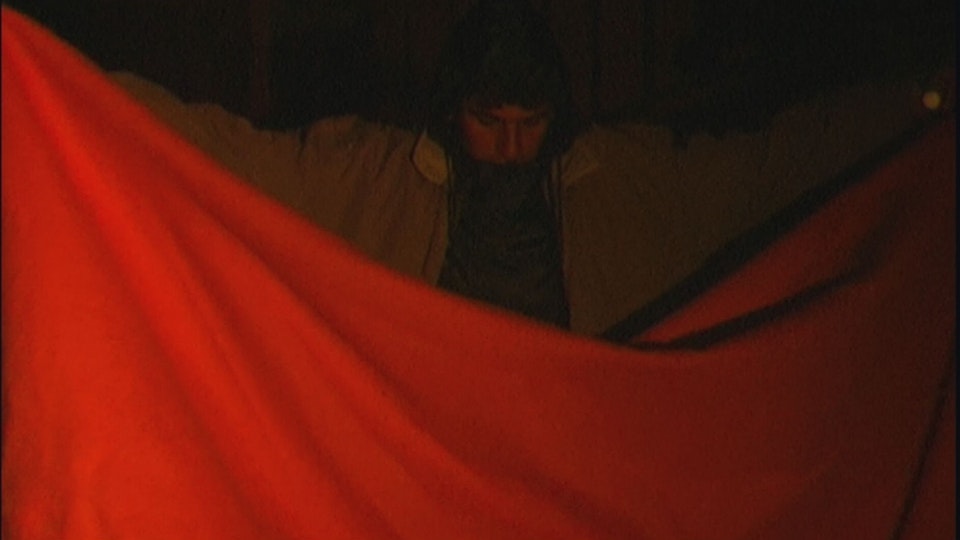 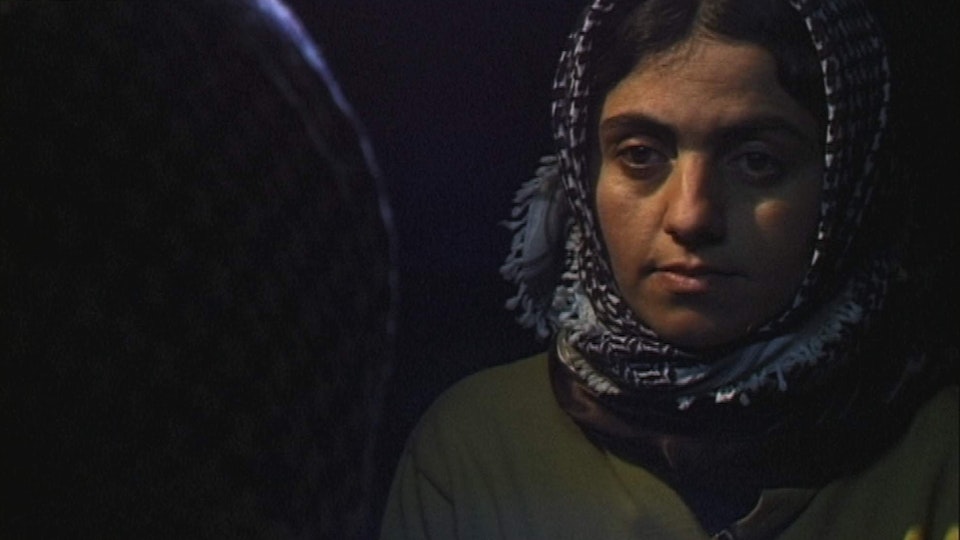 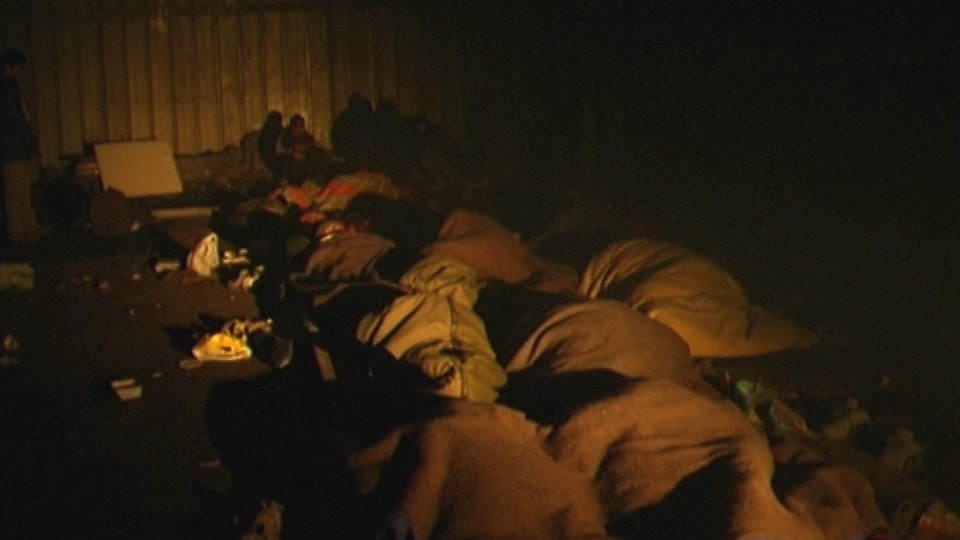 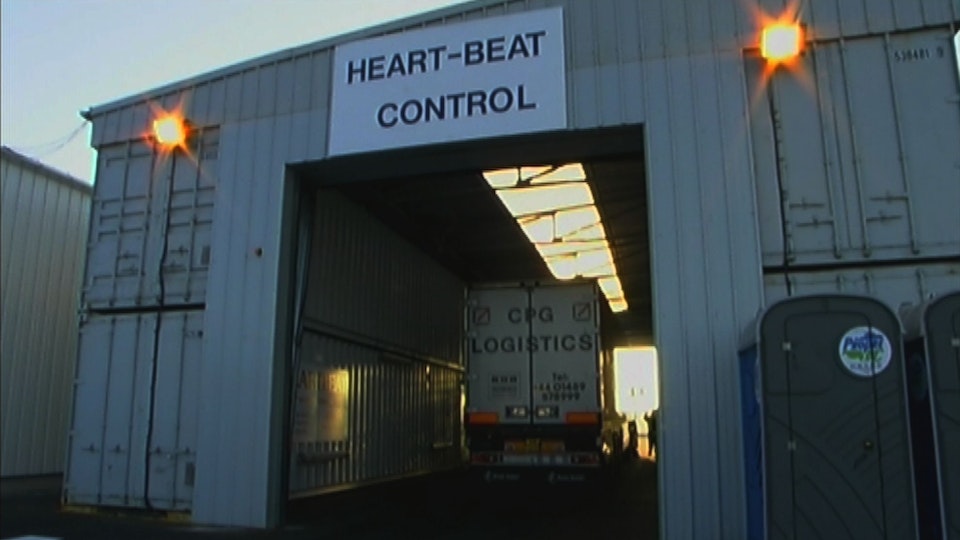 Britanya was shot early in 2003 in Sangatte, the North French coastal town near the entrance to the Channel Tunnel. The controversial refugee centre there closed its doors December 2, 2002. In Britanya the now shelterless refugees have their chance to speak. As in her previous, award-winning film Sa Nule (1996), Boonstra places her characters in front of a mirror and asks them to describe their own lives. That yields unusually penetrating images and judgements. Britanya consists of a prologue followed by three sections. The film was originally developed as part of Go No Go, a four part installation combining the work of photographer Ad van Denderen and filmmaker Marjoleine Boonstra. Go No Go focuses on the issue of migration in Europe. Britanya can also be viewed as a single channel production and is available on DVD.

Structured like a classical play with a prologue and three parts, each section allows us to inhabit a face and a voice, to look even as they are looking, to look at their look, and at our own. We know that these faces will be judged on the other side, have already withstood judgment, these faces are on the margins, hoping to get inside. Will they be admitted? Denied? We wait with these faces, looking at them, and through them, time enough here to share their hopes. These faces are also a representation, a picture. They have to deport themselves, to show their deportment, presenting their face as proof (of virtue? character?) to the officials on the other side, the ones who have uniforms, status and rank, who have not yet been reduced to a face.

Hail Britanya,  How much there is to look at, and how little time. The side of her face when she bends into the light to speak to her friend, the way he walks through the door as if he owns this place, though you happen to know he's never been here before. All around us a tapestry of codes and secret languages, the secret language of the body, hoping, dreaming and desiring. But when will we have the time to notice? In the cinema, time is a plastic element, it can be stretched and squeezed the way a painter can thicken a splash of red paint, or run it across the canvas in thin strips. The cinema is also a model of time, and while the mainstream cinema accompanies the time bomb of the personal computer, hastening the minutes, accelerating us away from memory and from looking, there exists other kinds of movies which act as antidote and remedy, which are a healing balm for the eyes, which allow us to look, and look again, at leisure, which allow us to see into the picture, and so provide a model for seeing those around us.  Or so we would like to imagine. That every poison has its cure.

Britanya by Marjoleine Boonstra is one of these movies. Only thirty five minutes long, it was shot in 2003 in Sangatte, a small French coastal town near the entrance to the underwater tunnel which links France and England. For years it operated a refugee centre which was closed on December 2, 2002. Three of these refugees, all from Iraq, have found the most temporary of shelters in the cinema, in the camera of Boonstra. The filmmaker places each in front of a mirror, and each speaks alone in a void, in this placeless place, where the wounds of traveling are covered only by reflection. The mirrored image is the person they have left behind, or the one they hope to become in the new world, and so they speak backwards and forwards, traveling in time now, waiting to make the final step of their journey to England.

The time it takes for a truck inspection, the customs workers jaunty, kidding around, a quick check under the carriage, a nudge at the wheel, yes it's fine, go ahead. All in a day's work. The routine transformed into play, the circularity of the hours granted life again, and joy, in this theme and variation (another truck, another inspection) which make up so much of our lives, a lesson learned (or unlearned, refused) in our sex: can you pleasure me, not like that, the old, reliable way, but can you invent this moment again, make it live for the two of us? Can you find me where I am, where we could be?  Appearing as impossible intrusion, as rupture, into this micro-world of theme and variations is the refugee, fleeing the habits of the familiar, armed with hope that there must be a new way, another place, on the other side of the water. For the Iraqi woman it is a chance to escape the accidental misfortune of her gender, of living her whole life indoors, inside the home. It is too much to bear the prospect of filling her body with these four walls, and so she leaves, even though it means her family, the most precious, her sister and parents, must be waved good-bye. She is changing speeds, changing geographies, and in place of an engine, she has only her face to ride the roads.  A testimonial, a confession: "My father said: How dare your heart leave me?" The subject smiles through the pain of remembrance, a habit many women have, the worse it gets, the more difficult the moment, the greater the hilarity. This smile is a way of going on, granting the impossible a face, facing it.

In this new time, of waiting in the cold and dark for the trucks to ferry them into a new land, their company is fellow travellers and smugglers and truckers. Strangers, companions at the end of one world and the beginnings of another, at least for those who are lucky. The man with the mustache says he tried fifteen times but he's always caught and sent back. The Iraqi woman is only a teenager, a high school drop out and manual labourer, already a victim of foreigner's wars and the embargo, the "economic crisis" she names it. She is not a third worlder of memory like her western lookalikes, but a third worlder of opportunity, her life folded and refolded by the convulsions of empire. She has decided to seek out its heart, the quiet eye at the centre, friendless, solitary, ready to begin again with nothing but the mortgage of her family's home. Just enough money to get her across. One of the lucky ones.

In part three a Kurdish man-boy, his face too marked with grieving for one so young. An undesirable, beaten and gassed, he tried to escape again last night but they found him. He's been sent back and waits to begin again. He's left normal behind, his house and family and photography practice, all vanished in the whim of a daughter's official. He took the wrong picture, at the wrong time (how could he know?) and because he is part of an invisible underclass, he hopes to escape assassination through escape, the law back home is no protector or refuge, only an obstacle on his way to safety. We wait for him, with him, while he tries to find the words, after he's run out of them. For a few moments, we wait with him and then we forget all about it. He might be out there tonight, crouched inside the box of a truck, but I can't remember what he looks like. Or sounds like. It's not my war, my dilemma, my difficulty. Maybe he'll appear in a documentary festival, alongside a hundred other miseries. How to tell one from another? How to tell. To give him enough time. To share this waiting, and the end of hope. In the documentary cinema we have one night stands with misery and injustice, and then it's time for another movie, a trip to the bar. The cinema teaches us to forget, to look and then to forget. Our looking is already a forgetting. "And I said good-bye to her for who knows how long, maybe forever.